Video Measurement System is sometimes known as the vision measurement system. It is a machine that is designed for non-contact measurements of small and precision parts. VMS is commonly used in industries, such as electronics, automotive, plastic injection, metal, and part assembly where high accuracy, precise and consistent measurements are essential requirements for their products. One of the famous brands of VMS in Malaysia is HANSVUE.

In fact, VMS have been around the industry for more than 40 years. It was a technology adapted from profile projector. The first VMS was developed in year 1977 by an engineering company in USA. Today, VMS is evolved to have CCD digital camera, magnification lens, faster processors, laser/contact probe, improved metrology software with better ability to perform CAD drawing, measurement, and statistical analysis. 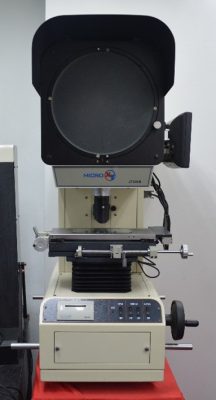 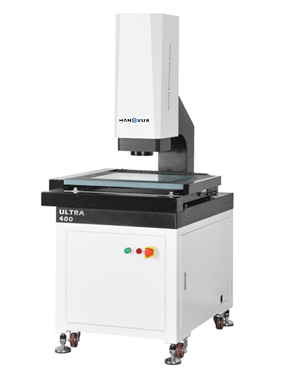 There are many types of VMS available in the market. Basically, they can be divided into two types, the manual or CNC automated types of VMS. For manual type, the movement of the workbench and the camera system need to be controlled by manually rotating the travel knobs. Meanwhile, for the CNC automated type, it is equipped with servo motors at workbench for X & Y-axis movement and camera system for Z-axis movement.

The CNC automated VMS can be easily controlled by the joystick controller or even programmed using metrology software to perform measurements automatically. A CNC system is best suited when large number of test pieces need to be measured. For HANSVUE, we have 3 different series of VMS for different applications which are the BASIC, ULTRA and HE series. The basic components of a video measurement system are

An ideal VMS would have the best straightness of travel, optimal moving speed of the work stage and high-resolution camera to provide precise and accurate measurements.

The workbench consists of two parts, a glass work stage, and a granite base. The work stage can move in both X and Y-axis. These mechanical parts are normally integrated with the camera system. This ensures that no part of the VMS moves independently of the other because if it does it will greatly affect the measurements.

After the clear image of test piece is captured, the image can be processed using the metrology software in the computer.

Let’s us see how a VMS works. The VMS does not measure an object directly but measure the image of the object.

In the nutshell, HANSVUE VMS is a very powerful machine for small and precise part measurements.

HANSVUE is a VMS that can provide an automatic, fast measurements process and providing an accurate, precise, and consistent measurements. Besides, it is user intuitive and easy to operate. With the help of VMS, it can greatly increase the effectiveness and efficiency of the measurements.